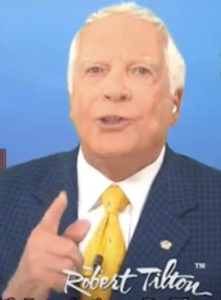 …God spoke his plan into existence

“and God said let us let there be light and there was light” Genesis 1;3

Later he inspired others to write his words so that people could build their lives by then the Bible that written record of God’s words is his master plan for your future when you believe and act upon his principles the things he recorded will come to pass.

You see, God preprogrammed his plan for your life in the same way that he has placed certain characteristics in each seed to give it the ability to develop into a new plan just like the mother plant.

And God said let the earth bring forth grass and herbs yielding seed, let the fruit tree yielding fruit after her kind whose seed is in itself, upon the earth and it was so. (Genesis1;11).

I looked for the word “preprogrammed” and found that it comes from the Greek word “prographein” which means to set forth as a public notice to write forth. The word “preprogrammed” means something that has been preprogrammed beforehand and recorded in advance. A computers software contains its pre-recorded programs, but both software and hardware are needed to run these programs.

The Bible was preprogrammed to playback God’s plan for your eternal life, prosperity, health and happiness It is God software and you are his hardware and only when you follow God’s word with his plan germinating you and produce a healthy life.

God God’s plan for your life is often hidden in your dreams and you can see it only by using a spiritual microscope called the eye. of faith.

Your dreams like a seed have been preprogrammed to mature into reality but it can be there I never release what is inside it if it is not pre-if it is not properly planted, watered and cultivated. when you take a dream and plant it by faith and nurture it on God’s principles it will blossom into one wondrous reality.

If you allow him God will work with your dreams it is easy to become frustrated when your dreams do not become a reality immediately but if your dreams are based on God’s word your faith will bring it into reality.